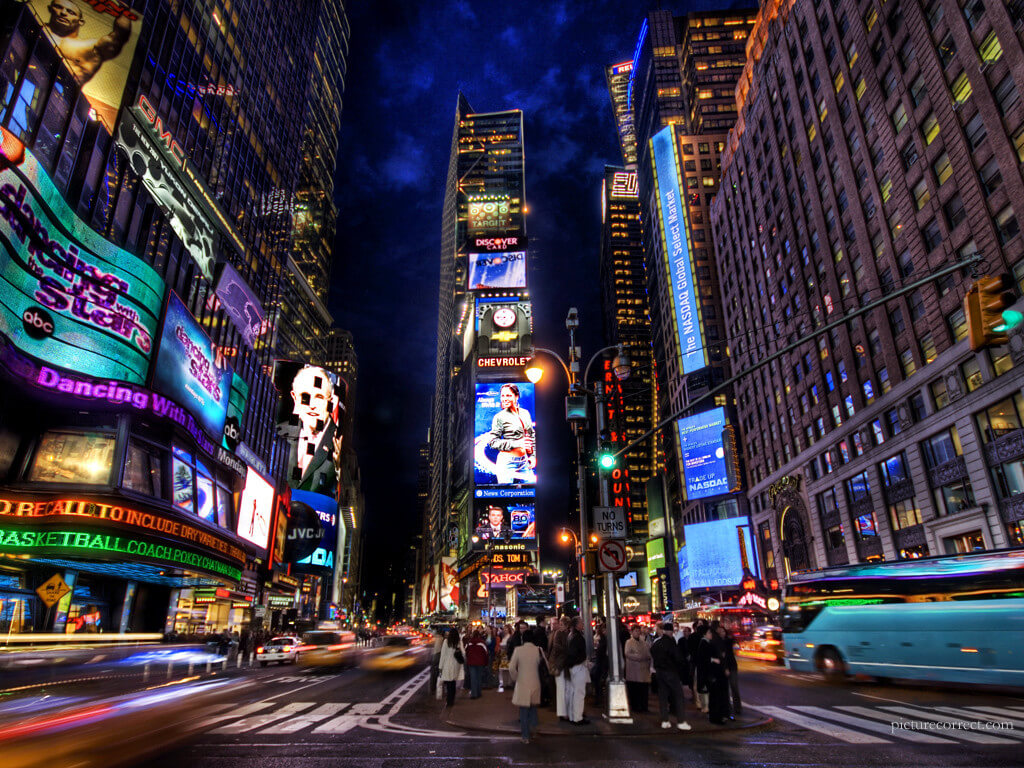 After my divorce, I promised myself that I wouldn’t get tied down ever again. I realized that I’m not the type of girl who’s looking to have kids or to build a lovely cozy family. What I want is to become the best cardiac surgeon out there, not just the best female surgeon. But the best of all.

But to be honest, even though I don’t have much free time, I still miss having someone to spend it with. I have one of the best penthouses in New York, the views are breathtaking, and everything in it is just perfect. But going home to an empty place every night takes some of the fun away. Don’t get me wrong, I have had my fair share of one-night stands the past couple of years, but none of them stuck around.

It’s mainly my fault, though because I didn’t want to commit to anything. I want a guy who could come by whenever I please and have a few drinks with me. Then we could fuck all night, no worries, no attachments, just pure sex and nail gripping orgasms. I want to feel the touch of a man’s hand on my body, and I want to feel passion, and I want to be so exhausted from sex that I can barely walk after.

Unfortunately, 40-year-old men, aren’t really keen on having friends with benefits type of situation. That’s why Antonio came over last night. I thought about this for a long time, going back and forth on it. But the truth is that hiring an escort would solve all my problems. I’d get to spend time with a hot guy, who’s ready to fuck me dry without having to commit to anything.

I wouldn’t have to worry about giving him time and attention, or about sneaking out before breakfast. I didn’t even have to learn anything about him. All I knew was that he’s in his early 30s, he’s Italian, and according to the website’s calculations, he was the perfect match for my taste. I read the agency’s agreement, paid my deposit, and the next thing I know Antonio was knocking at my door.

He was slightly taller than me with broad shoulders and buffed-up arms. He wore a pair of dark blue pants that were snug around his ass, and a light shirt with the sleeves rolled up. His hair was cut short like he was in the army, and his face had a clean shave.

God damn his Italian accent, I’m already into him.

“Hey, yes. Nice to meet you, I’m glad you could make it tonight.”

“Pleasure to meet you too, I’ve got a little something for you. I hope you like red wine.”

Antonio seemed comfortable with the whole thing, he walked in as he had already been to my place. I, on the other hand, was so nervous. It was my first time hiring an escort, and I kept asking myself if this is really what I wanted to do. I grabbed two wine glasses from the kitchen and the corkscrew and made my way back into the living room. Antonio was still standing up, his hands in his pockets looking out onto the terrace

“I love the view here, it was the main reason I bought this place.”

“Yeah, I can see that. It has a sense of peacefulness to it too, you don’t really get that in New York.”

I wasn’t sure what to say, I was somewhat nervous, so I just smiled at him and invited him outside. I walked up to the edge of the terrace, hoping to catch a breath of fresh air and calm down. And soon after, Antonio walked up behind me with two glasses of wine.

I laughed at his comment and was somewhat relieved to realize that he was a very easy person to talk to. I took a sip of wine and looked at him, taking a minute to appreciate how handsome he was. His eyes had depth in them, and his cheeks formed little dimples when he smiled.

In a way, I kind of liked that he was making me nervous, it had been a long time since I’ve felt butterflies because of a guy.

We started talking about the city, some of our favorite spots, and restaurants. We spoke about our travels around Europe, Antonio was Italian, so he’d go there often to visit his friends and family. And I saw a European country at least once a year for conferences or training. I was enjoying our conversation that I didn’t even realize that we had finished our bottle.

“You know, they say that the best thing to pair up with wine is a good massage.”

“And where did you hear that?” I asked.

“I read it in an article once. How about we give it a go, and you can see for yourself if wine and massages go well together?”

“I think that sounds fair. But I’m getting cold out here, so maybe we could try your massaging skills in my bedroom.”

We walked into my bedroom, and Antonio took off his shoes and climbed onto the bed. I dimmed the lights and walked towards him. But before I could even get down, he stood upon his knees and placed his hand on my zipper.

I smiled and nodded at him. He pulled down the zipper and took my dress off, then he slowly opened his shirt one button at a time and took it off too. His chest was buff, and his abs were carved, with a little bit of hair trailing down beneath his belly button. He opened his belt buckle, took off his belt and placed it neatly on the nightstand. Then, he opened his pants, and pushed them off of his muscular legs, throwing them onto the floor.

I watched him as he came closer to me, wrapping his hands behind my back and unhooking my bra.

“Lay down on your belly so I can massage your back.” He whispered.

When I was comfortable, he climbed on top of me, placed both of his hands on my shoulders and gently massaged the upper part of my back in small circles. His hands were firm, but his flow was gentle and warm, taking away all my worries with it. He worked his way down my back, attentively massaging every part of it. Then when his hand reached my hips, he paused.

I felt him leaning closer to me until his lips were touching the back of my ear.

“How’s the wine and massage combination coming along?” He whispered.

“It’s heavenly, I said. I must say that you were right.”

He moved my hair away from my shoulders and kissed me lightly. Then he moved his lips onto the centre of my back and started making his way down, kissing my back at every inch. He kissed the top of my butt cheeks and paused again. Then he got hold of my hips and pulled me up so that his face was planted just over my ass, and his lips kissed my sweet wet pussy.

I pushed my hips up, wanting to give him more space to work his magic, and he pulled down my thong, exposing my naked body. He kissed my pussy again, this time playing with his tongue around my opening, and squeezing my ass. He kept doing this for a while, making me moan lightly. Then Antonio stood up and reached for his belt,

“Put your hands behind your back, I want to tie your wrists with my belt,” he said in his sexy Italian accent.

I gave him my hands and listened to the sound of his buckle tightly closing around my wrists. He walked across the bed so that I could see him taking off his underwear, revealing his hard rock cock. He ripped a condom open with his teeth and ran his hand over his cock as he put it on.

“Please do. I want you to fuck me so bad” I pleaded.

Antonio climbed on top of me and pushed his dick into my soaking wet pussy. He grabbed onto the belt and started thrusting his cock inside me. I could hear the sound of his balls hitting against my skin, and the bed rocking against the wall. He started pounding me harder and faster, it felt like his dick was getting deeper with every push.

Then he took off his belt and turned me onto my back. He pulled my legs up into the air with my feet over his shoulders, wrapped his hands around my thighs, and continued to fuck me. I pressed my hands against the headboard, to push myself deeper onto his cock. He opened my legs and leaned forward to suck on my nipples, biting on them playfully. Causing every fibre in my body to be aroused.

I wrapped my legs around his waist, and he hugged his arms around me, fucking me even harder. He pulled on my hair and kissed my neck. Then he slid his hand down to play with my clit.

It felt like he was hitting all the right places. My ass started to clench tighter, and my legs were shaking until I reached the point of sweet release. My body collapsed onto the bed, but Antonio wasn’t satisfied yet. He turned me around onto my side and slowly pushed in his throbbing hard dick. He squeezed my breasts as he slowly picked up the pace again, causing my orgasm to last longer.

We both fell onto the bed to rest; the room was silent, and all you could hear were our breaths trying to return to normal. I giggled at the thought that I just had the best sex of my life with an escort and wondered if I can meet him again soon.

Girls Directory
Looking for a female escort? Then you have come to the right place. Girl directory offers a choice of high class verified escorts from all over the world. 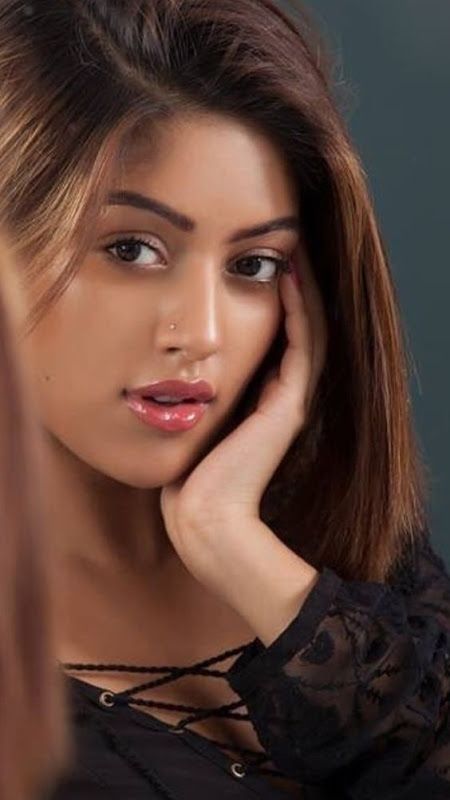 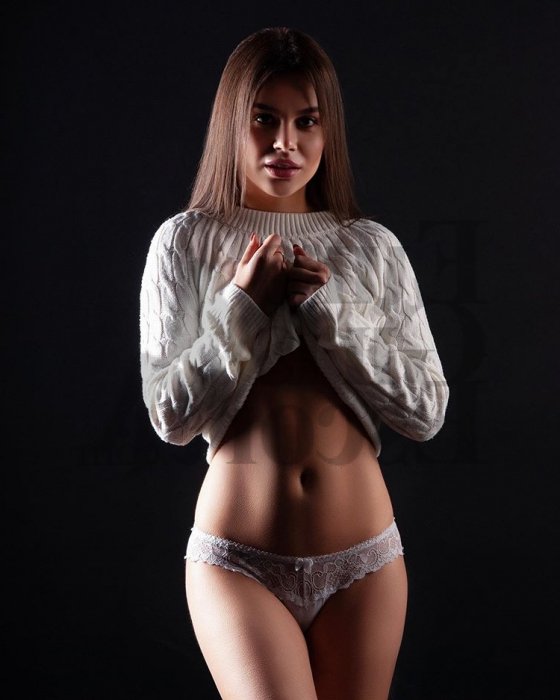 My start as an escort girl